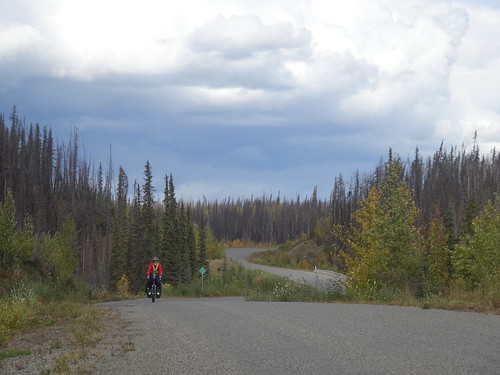 We flew to Whitehorse and spent a few days with friends. We rode east on the Alaska Highway, then turned south on the Stewart Cassiar Highway (picture above). At Cranberry Junction (about 80 km north of Kitwanga) we turned west on the Forest Service Road into the Nass Valley and Gitlaxt’aamiks, then on southward past lava beds to Terrace.

We took the train from Terrace to Prince Rupert, and BC Ferry to Port Hardy on Vancouver Island. We rode south on the Island to Campbell River, then  took BC Ferries to Powell River on the Sunshine Coast. We rode south to Sechelt and back to Vancouver. 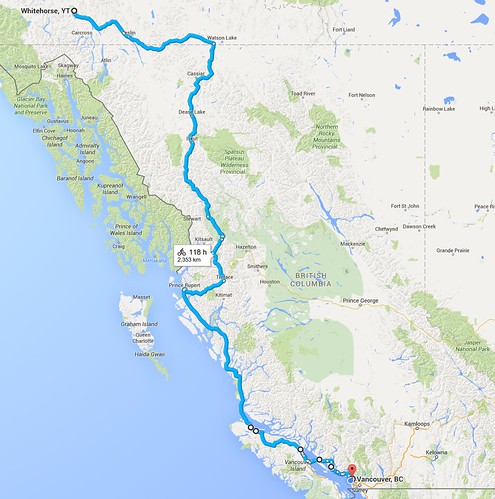