Train to Start and from Finish 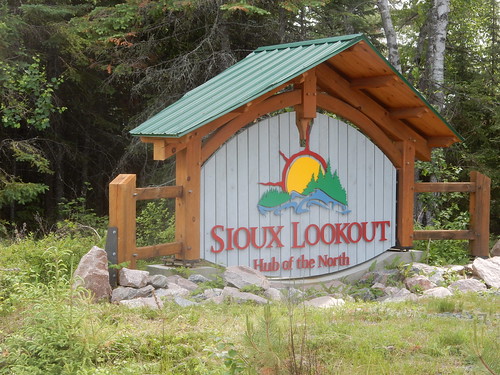 We began our prairie bike trip by taking the train from Vancouver to Jasper, and wrapped up our ride by taking the train from Sioux Lookout back to Vancouver. The journey to Jasper took about 24 hours, and we travelled in inexpensive coach seats. Even having reached our golden years, we can manage sitting up for a night. The return journey included three nights, however, so we sprang for comfortable upper berths with meals included.

Via Rail’s passenger service runs on the Canadian National track through Sioux Lookout. We felt we were doing well when our train – scheduled to arrive at midnight – arrived at 2:00 a.m.. Via’s passenger trains have lower priority than freight trains on the single track, and the trans-continental train is often hours or even days late.  After waiting in the near-deserted station with four other passengers, we wheeled our bikes to the baggage car – pedals removed – and handed them to careful attendants. Panniers in hand, we slipped into our berths in a hushed and dark sleeper car and in the morning we emerged as the “new”  passengers. Most other passengers had been aboard since Toronto.  The amenities and our fellow travellers made for a sociable and relaxing journey home. 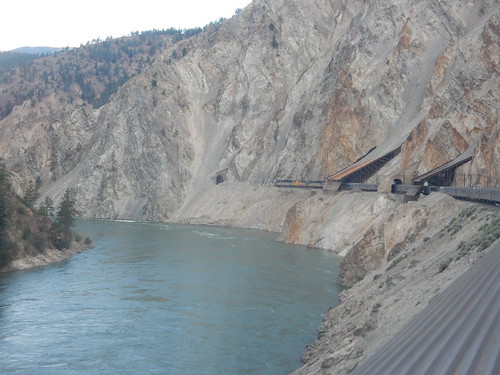 As we neared the end of our journey, we were treated to views of the Fraser Canyon in morning light. We’ve taken the train from Vancouver  to Jasper twice previously, but both times we passed through the Fraser Canyon in the dark.  This time, it felt as if our home province was giving us a warm embrace as we returned.

At Central Station in Vancouver, we reassembled into cycling mode and began to ride home. Our loaded bikes must have stood out as as we rode along the Arbutus Greenway.  A commuter cyclist slowed to chat, and asked the natural question of where we’d been.

When we told him, he reacted to our reply with “Aren’t the prairies boring?”

Our answer was a heartfelt “no”.