2018/06/09: Minnedosa 108 km
Nine Finger Ranch did us well for down time on our second rest day. The main house is an architect-designed building located on a hilltop, with views all round; we watched weather fronts move through. We went for a short walk and worked on a 1,000 piece jigsaw with our only fellow guest, a young woman travelling by motorcycle.

On leaving, we attempted to make a quiet early departure, but the dogs didn’t let us. Flaps, the affable coon hound, bugled a piercing alarm which woke hosts Ilse and Tom. We took gravel roads for the first 20 km, then returned to prairie terrain and pavement till Minnedosa. Walking back to our motel after supper, we met Cindy, who led us on an evening walk to the heritage park and the bison compound. 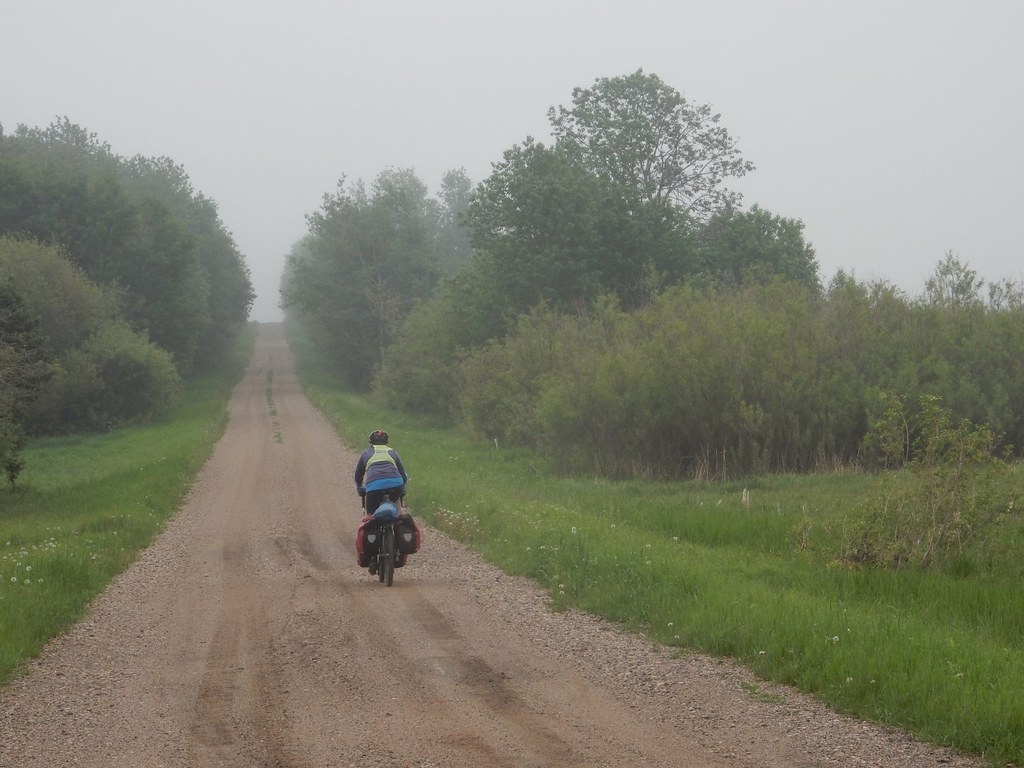 Cycling in the early morning mist. 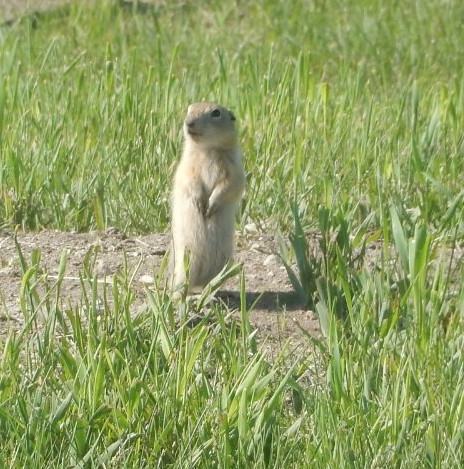 2018/06/10: Gladstone 71 km
The next day involved several caffeine stops to help us battle a rising headwind. It is the oldsters who approach us in cafes to ask how far we’ve come, and we saw that “Sunday Best” is still worn to mark the sabbath in smaller prairie towns. We became the sole lodgers in a tiny motel, after telephoning the manager who came to make up a bed.

2018/06/11: Winnipeg 156 km
A tailwind helped us reach the outskirts of Winnipeg in unpleasant rain. We soon got onto an urban section of Trans Canada Trail which followed the Assiniboine River, and we were greeted by other cyclists.

6
Stopping to view the Manitoba Legislature on our way to our hotel.We made our way to the Marlborough Hotel, which Chris had selected because it was historic and central. I usually leave the selection of accommodation to him, so I have no right to complain that he did not read the reviews this time. On arrival, we were getting vibes that the hotel operated differently than those we usually chose, but we were too tired to rethink things. Most of the other guests were forest fire evacuees from remote northern communities, or were in the city for medical treatment. It was an interesting experience for us to be a visible minority.

On the plus side for the Marlborough, I was happy to listen to an older couple speaking what was probably Cree at breakfast time. When sharing the elevator with two First Nations women, one of them asked us “Do you jog?” We were not in bike shorts, and did not have bikes with us. I think this meant we still stood out as relatively sporty. Another time, an older guy said “Hello white guys!” very amicably. 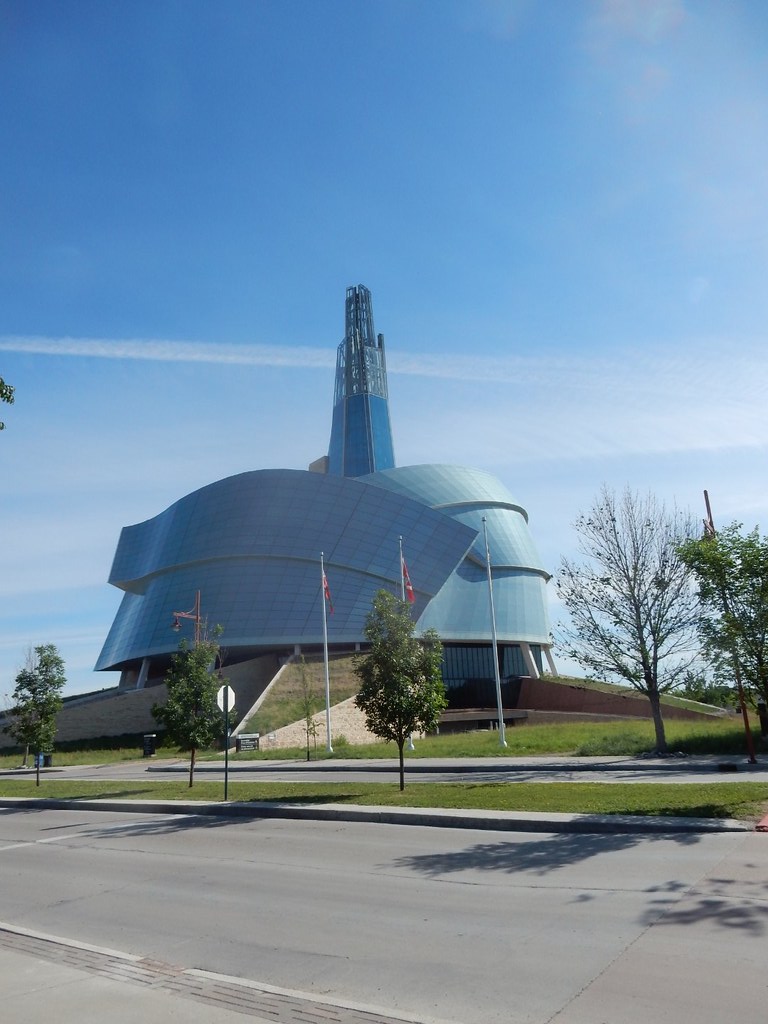 We spent most of the day in the Canadian Museum of Human Rights. It did not escape us that many of the abuses of which Canada stands guilty had affected – and still affect – our fellow hotel guests.

2018/06/13: Ste. Anne 63 km
We checked out of the Marlborough and departed for Louis Riel’s House on fully loaded bikes. It wasn’t nearly as informative as NWMP post in Battleford, or the Batoche site that we’d done as a side trip by car from Saskatoon. We chatted to Judi from Seattle, before getting a start on the flat lands and straight roads to the east. 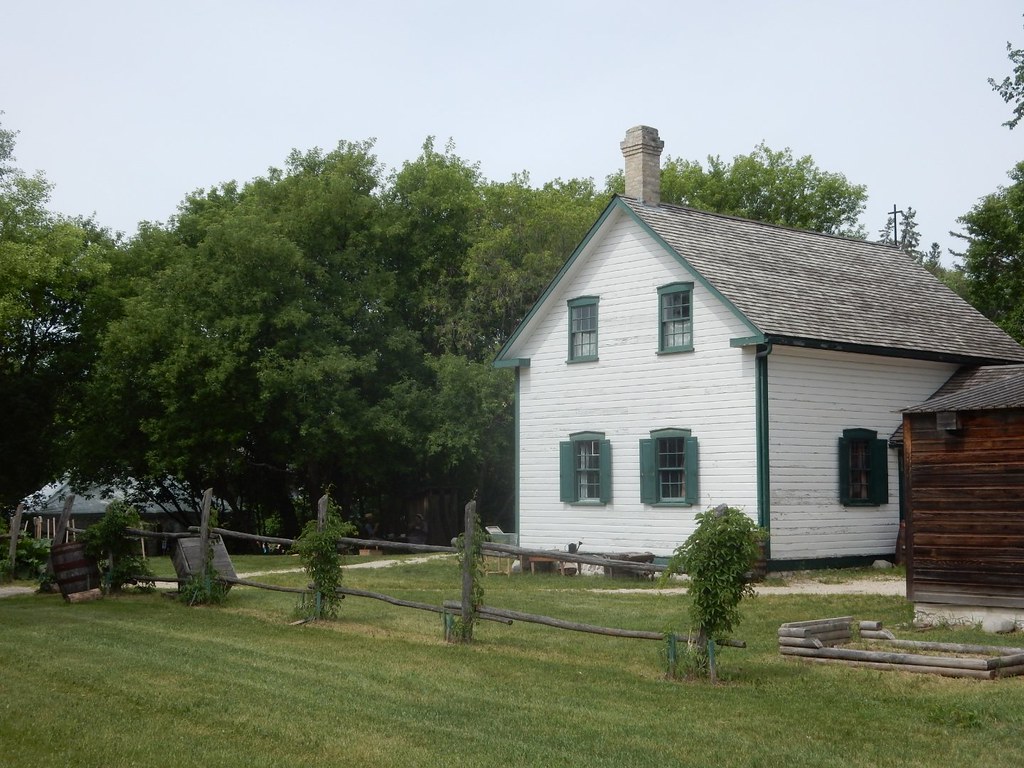 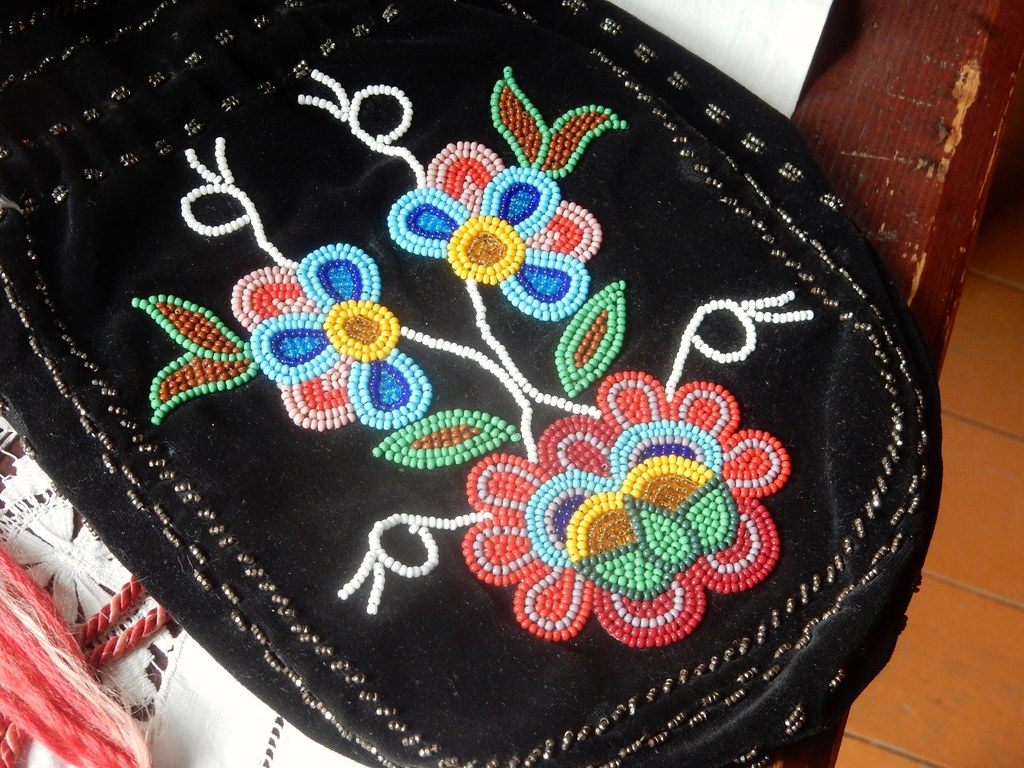 2018/06/14: Hadashville 60 km
There are a limited number of ways to break the final kilometres to Sioux Lookout into days that finish with indoor accommodation away from ticks, deer flies and black flies, so we dropped into a tiny motel run by a friendly Chinese woman. We had seen a Ukrainian Restaurant about 3 km earlier, which would have meant riding to windward again for food unlikely to conform to a cholesterol-reducing diet. When our Chinese hostess cheerfully offered “I make you dumplings!”, how could we refuse? After only a moment’s doubtful guilt on my part, we dove into large platters of pork and and cabbage dumplings. This is the only red meat that has passed my lips since my visit to a lipids specialist just before we set out. After three months cycling across China in 2009, we know our dumplings, and these were good ones!

2018/06/15: Kenora 116 km
We set out late as the tailwind was forecast to strengthen later in the day. The flat terrain began to roll as granite outcroppings appeared, and the transition from prairie to boreal forest unfolded.

After rescuing a western painted turtle who appeared to want to cross the road on her own, we arrived in Kenora, where we are taking a day off. Kenora sits on the shore of Lake of the Woods, a gorgeous expanse of water dotted with islands. Motor craft abound, yet I cannot see a single sail or paddle powered craft. What a waste. 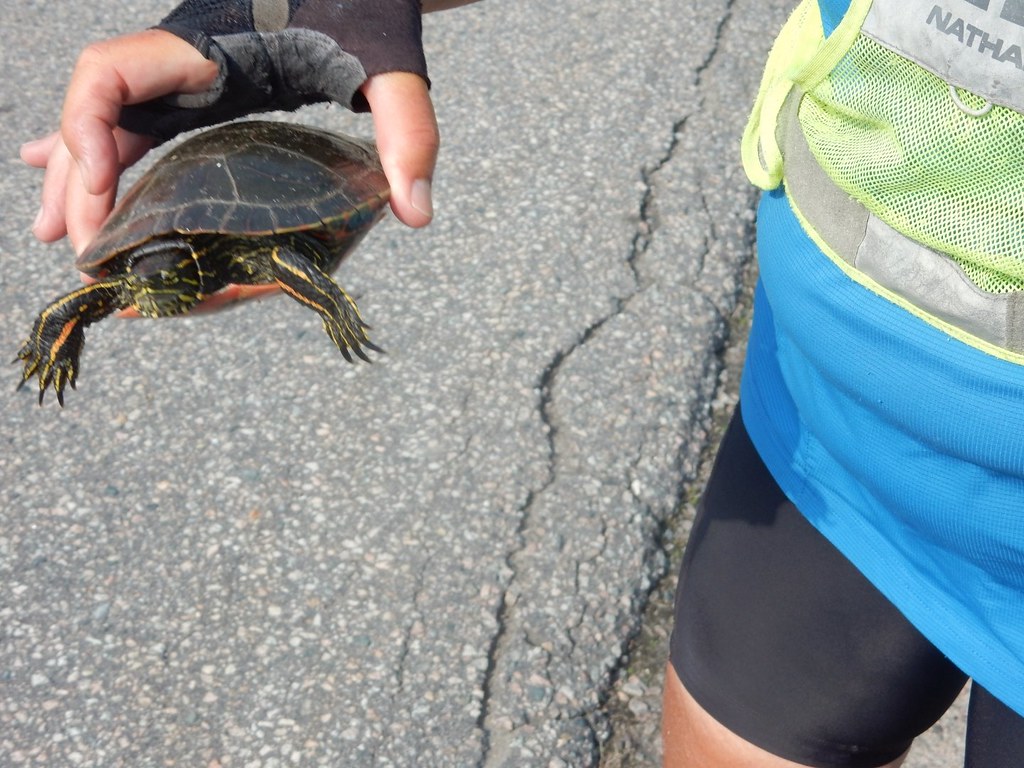 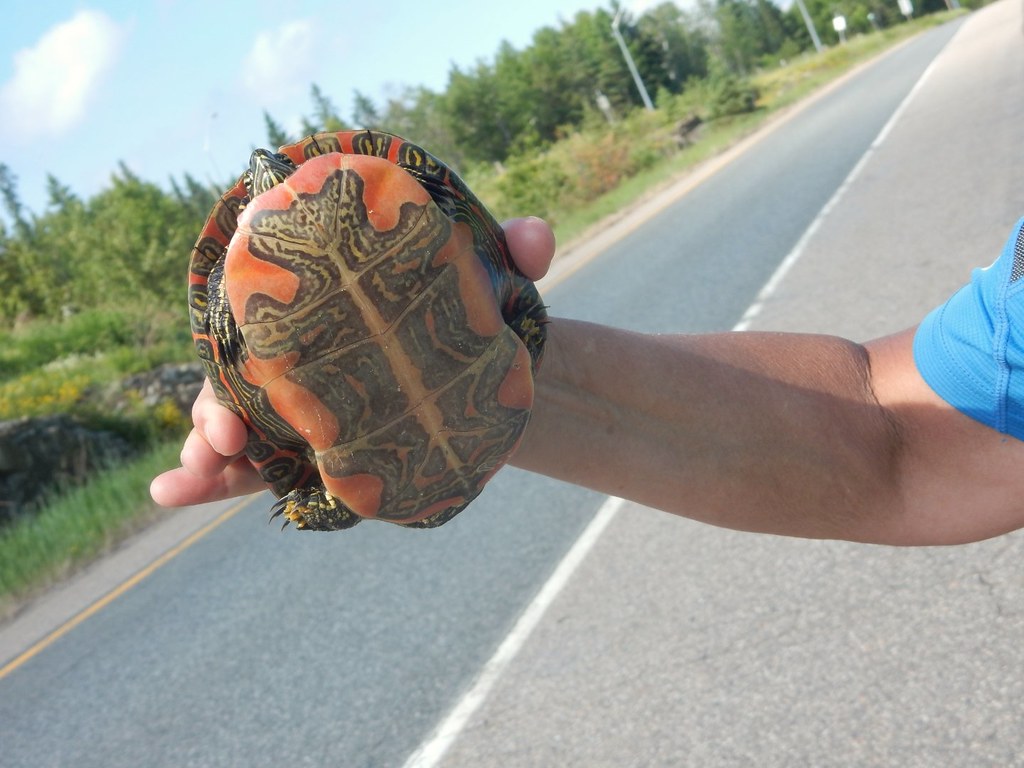