2017/12-2018/03: British Columbia and Norway
This blog began over a decade ago as a series of “letters home” from our cycling trips. Although many of our adventures are still by bike, we’ve broadened its scope to include other types of self-propelled adventures. Last summer we did local day rides on our new road bikes, a backpacking trip in Kananasksis Provincial Park, and a canoe trip on Clearwater Lake. As fall came, we began to look forward to another Norway ski trip. Not only do we love the wonderful hut system that makes extended mountain tours feasible, but we were also expecting the arrival of a Norwegian grandchild.

We have sturdy fjell skis – the Norwegian variant of Nordic back country gear- that have served us well since 2014. The fjell skiing possibilities in Norway fit perfectly with our a to b mentality. We don’t find the Nordic options near Vancouver very inspiring, so we’ve begun previous Norwegian ski trips with unprepared muscles. This has been getting more difficult as our bodies age, so in December, we got new skinny skis to use in prepared tracks as a warm up for our longer outings.

We had a good four days of skiing in Manning Park before Christmas: three days on our new skinny skis, and one day on back country gear. It was the companionship that made the trip a huge success. We had to hone our rusty technique to keep up to 81 year old Carl’s effortless stride. 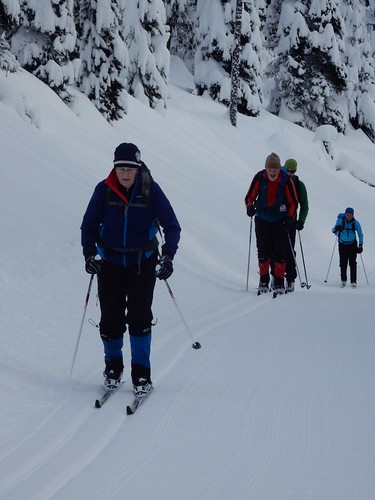 In early March, we flew to Norway with two pairs of skis each. Snow conditions were excellent near Oslo, where there is an extensive system of prepared tracks beginning from the suburbs. Olav, our son-in-law’s father, helped us with base preparation and guided us on for three days of local exploration. 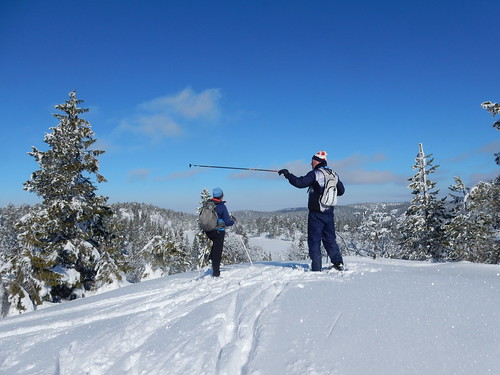 This is the first time we’ve skied in prepared tracks in Norway. I was pleased to see young women in hijabs excitedly learning to ski. I guessed they’d arrived relatively recently in Norway, possibly as refugees, and the experienced skiers who patiently guided them were long time residents. What a fun and friendly introduction to Norwegian culture!

This year’s mountain ski tour began with travel by transit, train, bus, taxi and snowmobile to Leirvassbu, a lodge in Jotunheimen National Park. We were not joining a trip organized by DNT (Norwegian Trekking Association) this time, but operating more or less independently. We skied for part of the time with companions, and part of the time on our own, discovering advantages and disadvantages of each mode as we went. When we travelled as a duo under blue sky, we felt free and independent; on days when the wind howled and visibility was poor, compatible companions would have been reassuring. 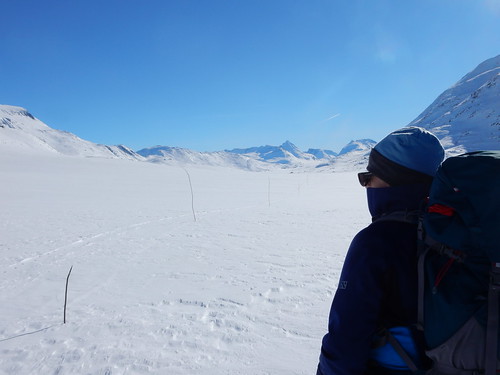 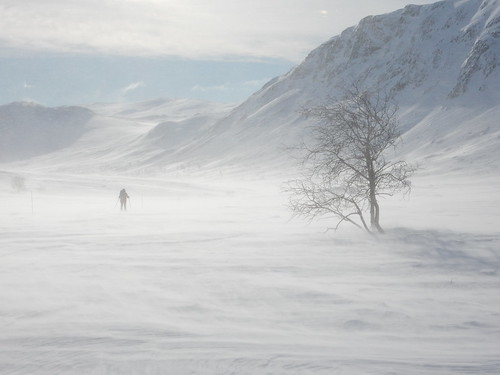 More than a week later, we spent our final mountain night at a hotel in Bygdin, feasting on a buffet prepared by a French chef. In the morning, we skied on a prepared track to Beitostølen, where we caught a bus directly back to Oslo. Our bodies were tired and our faces were wind burnt.

We had a relaxed long weekend near Oslo with our daughter, son-in-law, baby granddaughter, and a young family, formerly of Vancouver, who had travelled from Sweden to spend time with us. Their two boys, born in Vancouver, are now five and three years old. Twice we went to Holmenkollen, the ski jumping and cross-country competition venue that was first developed in the late 1800s. 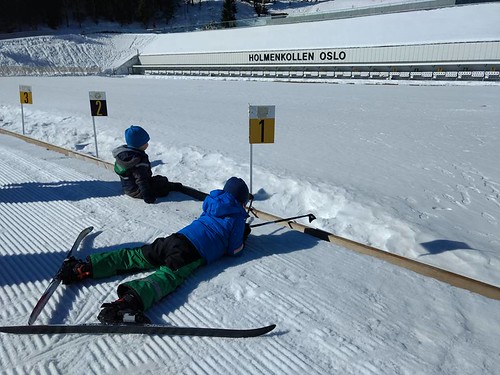 When five year old Oliver first donned his skis, he strode purposefully along. Reaching the biathlon shooting range, he lay down in a prone position, and aimed his ski pole at a target pretending to shoot. He is a biathlon fan, having watched a recent world cup event on television. It had been held here only two weeks earlier, as evidenced by shell casings lying on the snow. 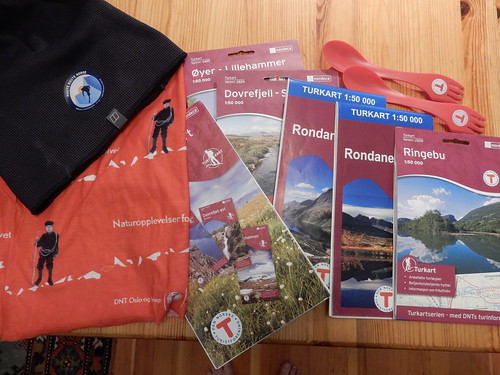 Before leaving Oslo, we bought all the maps we’ll need for next year’s trip that we’ve tentatively planned. A number of old friends have already contacted us with proposals to come along. I love getting to know this country where Nordic skiing was developed, so here’s to our 2019 trip.