We had planned for a while to visit our guide friend Mike Boston in the Osa Peninsula. We did a multi day hike in the Osa with Mike 13 years ago with our offspring, then ages 19 and 16. If you ever consider visiting the Osa, we recommend Mike at Osa Aventura. As cycling there would have been unpleasant and dangerous, we rented a small car. Our bikes did not fit in the car, and are sitting on the roof of the hotel in San Jose.

The first night out of San Jose, we stopped in the mountains at a hotel frequented by bird watchers. It was at about 3,000 m and there was a frost overnight. Outside the hotel were hummingbird feeders frequented by four species of hummers. My almost completely unedited selection of photos. 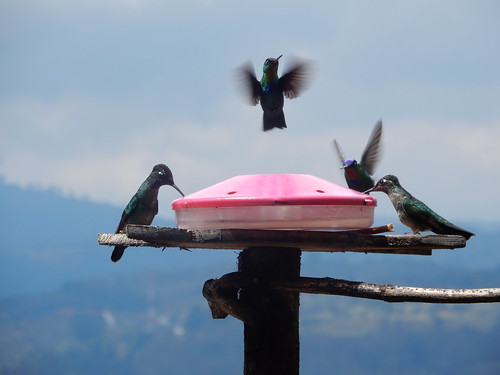 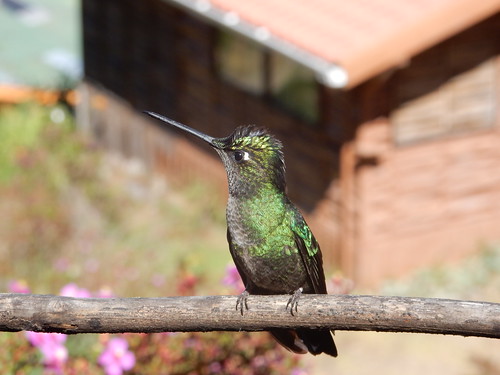 In the morning after hot chocolate at 6:00 a.m. we went for a walk with a group of binocular-carrying birders in search of the resplendent quetzal. On a seemingly random walk from a farm along a cow path, we spotted the very fancy male and the less resplendent female. Much to my surprise I was able to get a reasonable set of photographs using my hand held camera. 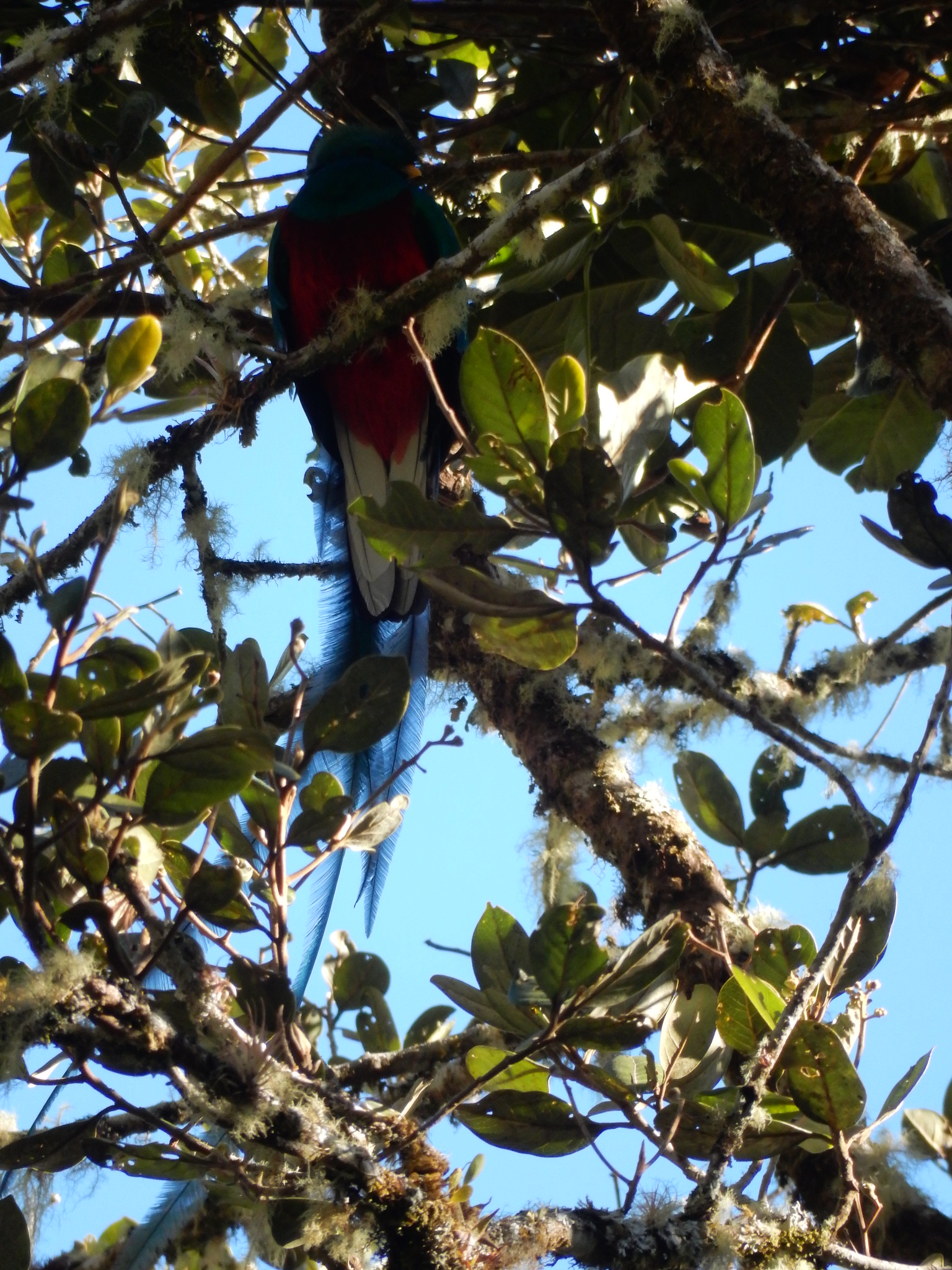 After two more days of driving, we arrived in the Osa. It was hot and humid. The first night we stayed at a restaurant-hotel nestled between the beach and the mangrove swamp. Our hotel room overlooked the swamp, which was cute to begin with because there were a family of white-faced monkeys (regularly fed by the hotel, unfortunately) outside. 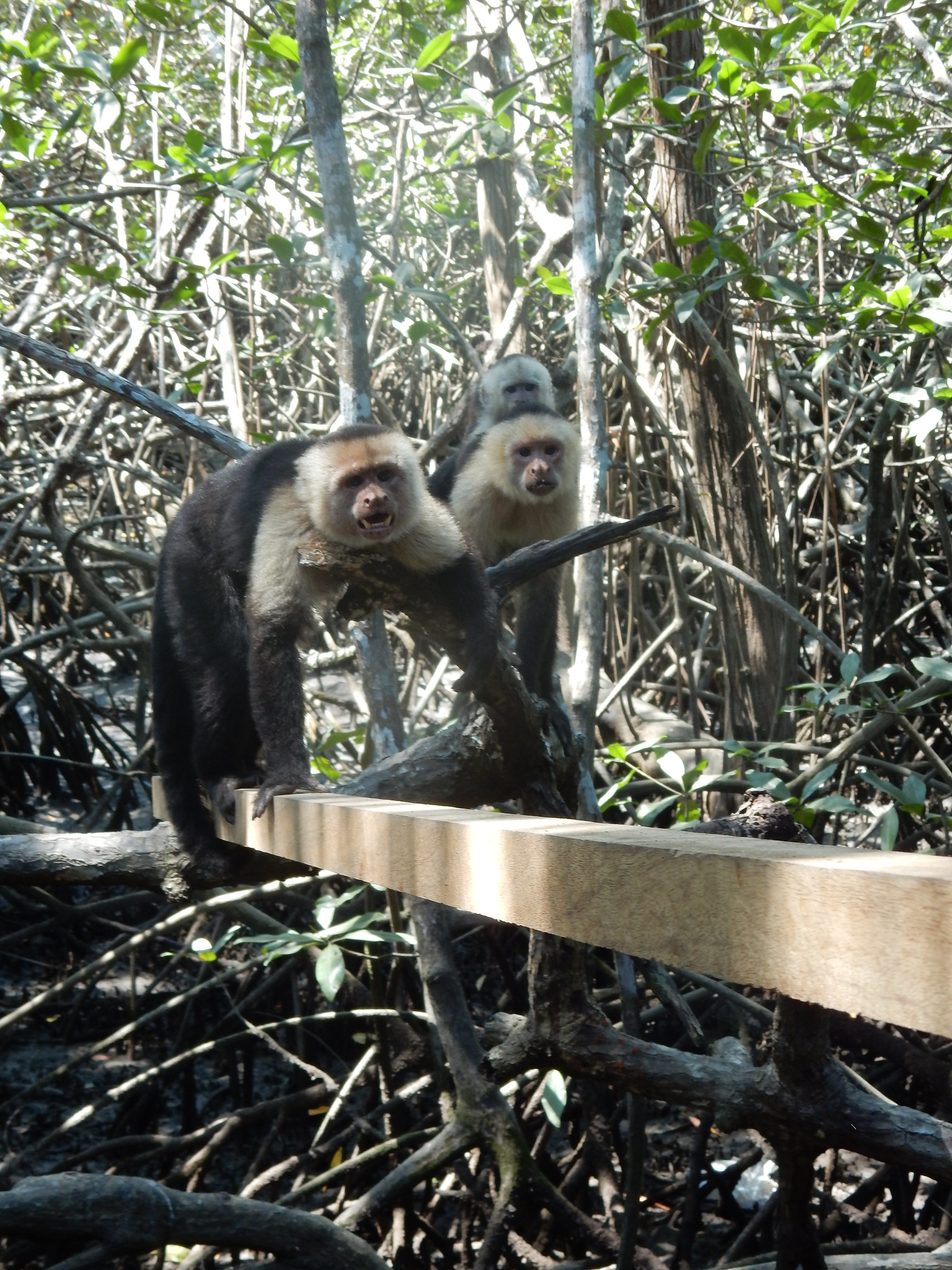 But the humidity was extreme and the swamp smelly when the tide went out. The next night we stayed more inland, at a nice hotel, but even there the owner was complaining of the heat, saying at noon that she had changed her shirt three times. She also expressed surprise that anyone could hike in such a heat wave. It was at this point I realized that we were best just to have supper with Mike, skip his proposed hike, and head back to the mountains. Margo, whose stomach was having issues, had arrived at the same conclusion – probably a day earlier. That evening we had a pleasant time catching up with Mike over supper. The following morning at 6:00 a.m. we left the Osa for the relative coolness of the mountains and the cloud forest.

2 responses to “South from San Jose”