Granada is a pleasant colonial city on the shores of Lake Nicaragua. We stayed for five nights, we did the standard tourist things along with visiting the school, Casa de los Sueños, which I covered in the previous post. This post is a photo essay of our tourist undertakings.

Granada and León vied for being the capital city, until a compromise was set and Managua, halfway in between, became the capital. Having once been the capital, its centre has the trappings of a capital city: cathedrals, embassy buildings, museums, and major colonial government buildings. The civil war didn’t really come this far southeast, so unlike León it was not bombed, and most of the original tile roofs are still present.

On our first day we visited the extensive covered market, got our hair cut, and went for a boat ride around the small islands in the lake (Nicaraguan cottage country). The boat ride included a swim in the lake near a natural hot spring, where the water was a strange mixture of warm and cool currents. 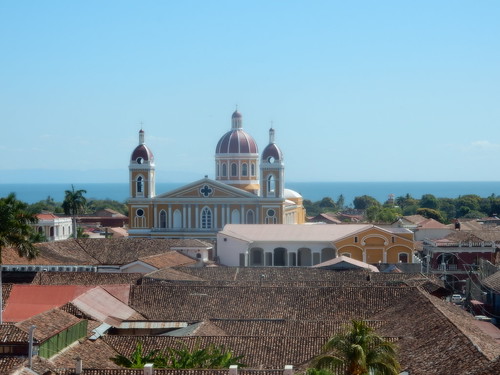 View from a church tower. Showing tiled roofs, colonial architecture, and the lake. 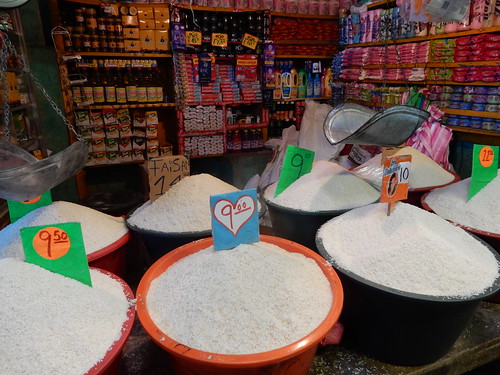 Visit to the extensive market.

The Mayan civilisation came this far south, but the city museum only had a limited selection of Mayan artifacts, and concentrated more on the colonial and post colonial eras. One of the exhibits was a display of furniture that looked somewhat like the furniture in my grandparents’ living room. 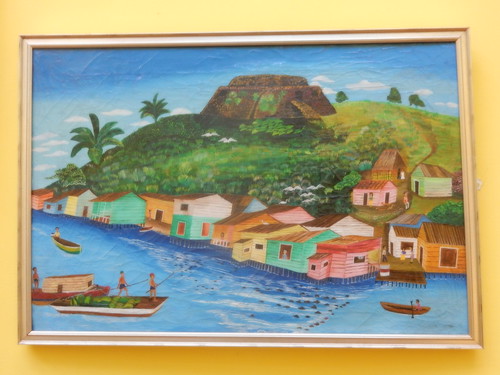 The museum had an extensive section on colonial era “Native Art”. This one caught my attention because it would seem to indicate that Mayan pyramids were this far south. 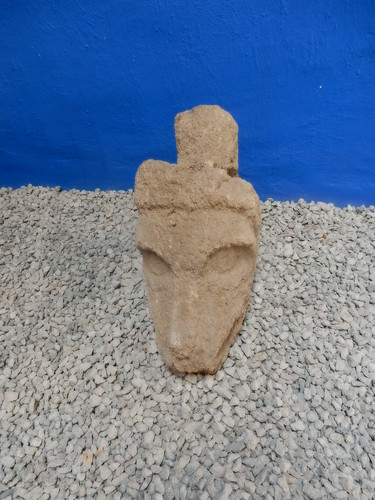 My favourite Mayan piece in the museum.

On our final evening we went to the Masaya Volcano just after sunset. It is a currently active volcano, with much steam and a strong sulfur smell. Looking over the crater’s edge, we could just see the flowing lava (120m below) that is causing all the activity (click on image to view short movie). 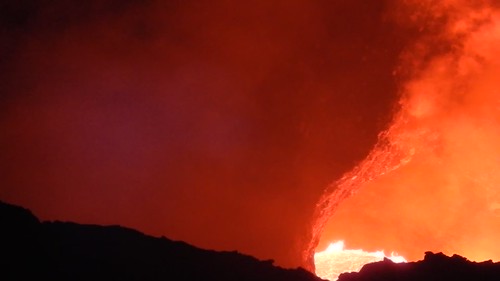 During our stay in Granada there was an ongoing poetry festival, which we frequently ran into. 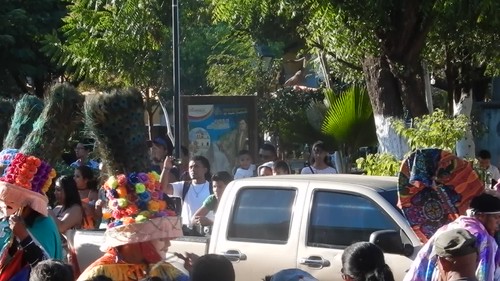 Quite why there was a carnival in town as part of the poetry festival was beyond me. But then perhaps that is why physics meetings are comparatively boring. Click on image to view short movie.