Most tourists do not see Nicaragua outside the centres of old cities, where visitors sip their cappuccinos in pleasant cafes in refurbished colonial buildings. Most probably they never realize that half the population earn less per day than the cost of the coffee. As cycle tourists we see a little more, especially when using dirt roads. But the truth is the roads we travel on are the arteries of the economy, and those that live on them are comparatively well off. 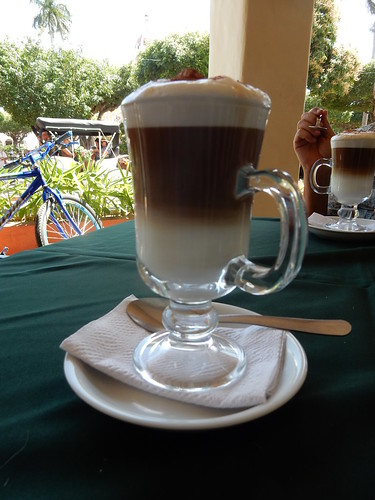 I have to thank Colin, my brother-in-law, for arranging for us to visit an amazing school, in a migrant slum in Granada. This is where the poorest of the poor live, and earning a dollar a day is only a dream. The vast majority of the buildings have dirt floors, perhaps 20% are of cement construction, and most are little more than tin shacks. The inhabitants are too poor to live in single family units, so extended families live together and support each other. But the people here are proud, clothes are clean, and in the vast majority of dwellings that dirt floor is swept several times a day: It’s a clean dirt floor. The first thing done when the dwelling is established is to dig the outhouse.

I don’t generally take photos of poverty, I find something morally wrong with doing so. But I sneaked one picture because I knew my description would fail to bring home the situation without photographic evidence. 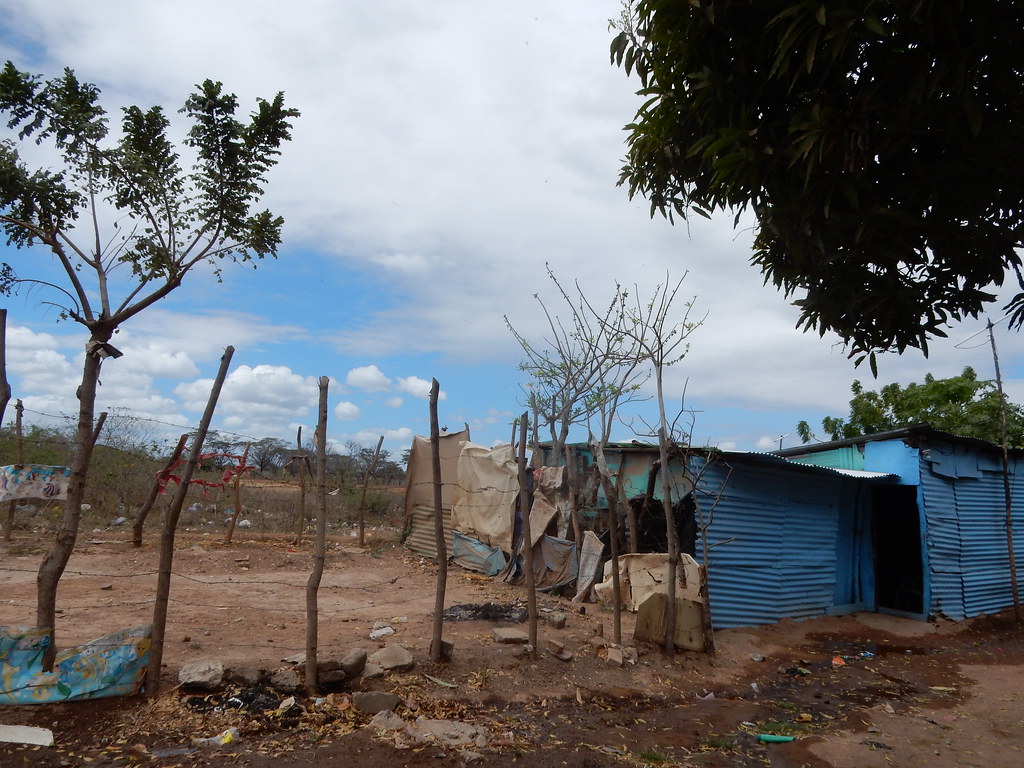 Residence. The outhouse is a the bottom of the garden just out of the picture to the left.

The state school system in Nicaragua was really only setup in this century. There are not enough buildings so children only go to school for half days. There are not enough text books so students have to write everything down. Many children go to school hungry, and it is difficult to learn when you are hungry. Teachers are in short supply, so you only need a grade eight education to be a teacher. Without additional help, students have little hope of improving their lot in life. 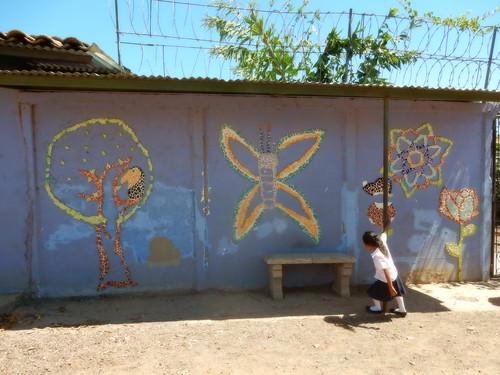 Within a stone’s throw of that residence is the school, Casa de los Sueños. It is a beacon of hope, staffed by people with a moral code I can only aspire to. I would be happy to place my own child in this school. We sat in on a lesson and saw first hand these children being taught critical thinking. It was impressive beyond words. The library was bigger than at the state school our daughter attended in France. Children are given what we would take for granted: food, drinking water, access to flush toilets, and school supplies. All provided by donations. 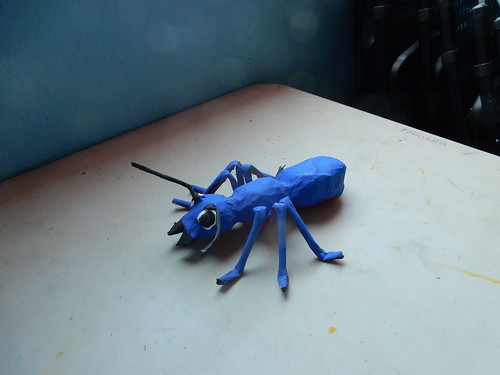 We helped in the classroom, but it became evident that we would better to relieve the teachers of other duties. So today we arrived at 8 a.m. to re-paint the welcome sign to the school. This wall was south facing, and the previous tiled sign had fallen off because of the heat. So we prepared the wall and then with ad-hoc help from the students the new sign was painted. No child got paint on their clothes, and they took turns under our edict of only three painters at a time. 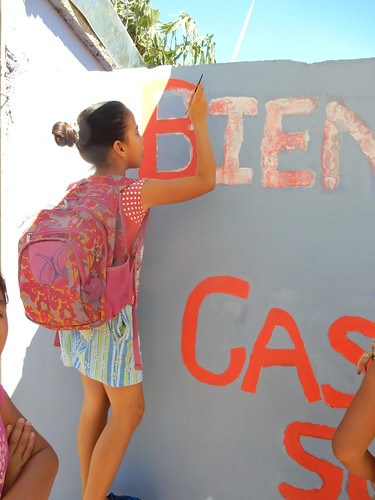 The resulting sign is not a thing of particular beauty. With suitable materials a much superior quality sign could be made… anybody want to rise to the challenge?