2017/01/24-27: Not cycling
Antigua was founded in 1543 as the third capital of the Kingdom of Guatemala, which then included what are now Belize, El Salvador, Honduras, Nicaragua, Costa Rica and parts of Chiapas, Mexico. It served that role till 1773 when what is now the capital, Guatemala City, was founded in a less earthquake-prone location. Antigua, the ancient capital, was designated a UNESCO World Heritage Site in 1979.

Over our four days here, we’ve slept late and eaten well. We’ve watched the active volcano from the roof terrace, and done museums and monuments at a leisurely pace. We’ve also had good conversations with fellow visitors, especially Doug and Molly from Franklin College who treated us to a fine lunch.

There’s been so much to photograph here, that it’s difficult to select just a few images for the blog. Instead, we’ve assembled a Flickr album. 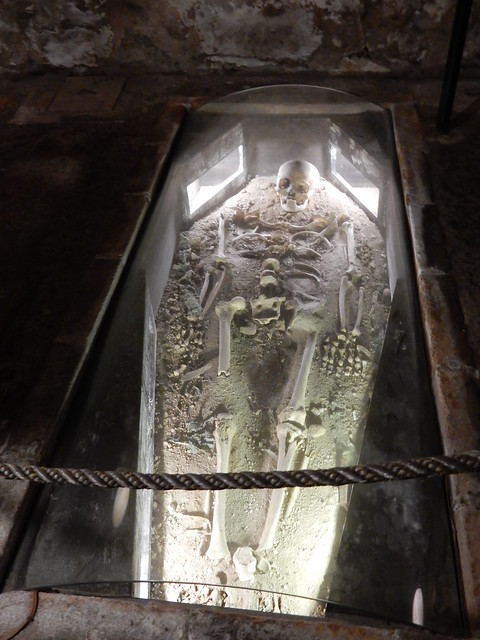 Today we went to the Paseo de Los Museos, entering via the Colegio Santo Tomas de Aquinas. We strolled from archeology and precolombian art to chapels and crypts. We moved on to a modern art gallery area where an amazing selection of paintings in various media and some large sculptures were on display. Browsing these works, we noted they were all by the same artist – “Ana M Sobral Segovia”. As we viewed the works, we saw the museum curator quietly interviewing an elegant woman with her silver hair tied back. The silver-haired woman approached us, and we were honoured to find ourselves engaged in a wide-ranging conversation with the talented Guatemalan artist herself. We learned from the curator that Ana María is not only a celebrated artist in Guatemala, but also the country’s first woman lawyer. In addition, she holds a pilot’s license. This has an unexpected connection to her art because some of her recent pieces, she informed us, were executed using aircraft paint!

On our last evening, we touched base with Julian, the local Warmshowers host, and listened to him play banjo with his bluegrass band at an Irish Pub. We’re heading toward El Salvador as we leave here, with a tentative plan to visit a national park called Parque Nacional el Imposible and then to follow the coastline southward.