Chiapas, in southernmost Mexico, is ranching country. Parts are very poor, and we had some tough days early in this stretch. Chris views this warts-and-all travel as “an education”. It certainly takes us outside the Dunbar bubble.

Palenque is relatively wealthy as a consequence of being near a major Mayan site. Our route southward from there took us past Agua Azul, a waterfall on the Lonely Planet Trail reached by various bus tours. We’d aimed to overnight there in a cabana, as we didn’t relish stealth camping in this hot jungle environment. Apart from lack of air conditioning, we are in the range of fer de lance vipers, not to mention spiders bigger than your hand. We stopped for second breakfast at peaceful Misol Ha waterfall, then continued.

Chris says whenever tourism abuts grinding rural poverty there are issues. It was hot and humid and the hills were steep. As we climbed, there were groups of kids holding lengths of string across the road, as they attempted to force us to stop and buy snacks we didn’t want. They aren’t at school, and their tactic is basically extortion. I asked the first group to drop the string; they didn’t; we stood on our pedals and rode through. I then stopped to try to explain we would not buy things if they held the string across the road. Their reaction was to taunt and throw water at me. We rode away with me seething, and then it happened again. Chris is more of a pacifist by nature.

There are protests happening here in Chiapas about rising gasoline prices and more. There is also a strong presence of both army and police. A little further on, men were blocking the road and handing out leaflets. I told Chris, who was ahead, to “Speak English.” He waved like an idiot, and called “Hello, hello hello.” The men dropped their rope at his goofball approach, and we rode through.

When we saw the police and the hoards of souvenir stands at the turnoff for Agua Azul we decided to skip it, and rode on by. This meant we needed to find a safe camping spot as darkness falls quickly here. As we approached a quarry at the top of a pass, I asked the workers if we could camp behind their quarters. They felt like a good lot, and welcomed us to pitch our tent beside a large truck. We could use their basic loos and their running water to wipe off sweat. 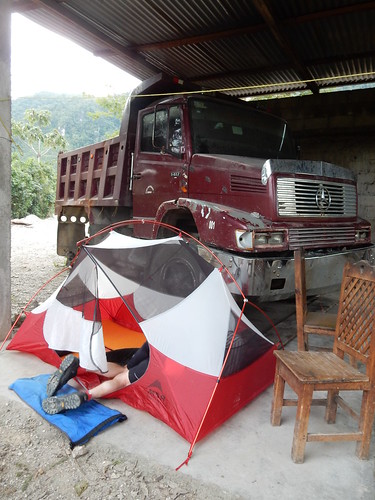 Sheltered from the elements, and the deafening noise of the trucks engine brakes coming down the road.

Interestingly, the first thing they wanted to know was our religion. They were evangelical Christians, as is prevalent in rural Mexico. I feel they were trying to gauge our ethics as potential overnight neighbours. The discussion was not easy in my limited Spanish. I steered the conversation to broader topics of helping others, and to our strong support for both our countries’ policies of accepting refugees. Mexico has welcomed millions of Guatemalans and Nicaraguans. 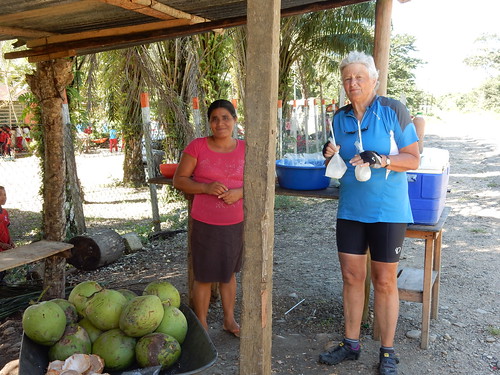 We decamped at dawn, and rode on to Ocosingo. The hotel we chose on the outskirts was modelled on a Hacienda, and built of tile and stucco. However, pounding amplified evangelism reverberated till the early hours through a door on one side that we could not close. We’d planned a single rest day, but when a second non-travel day was dictated by Chris’s intestines, a nightclub competed from the other side as well. The upside to Ocosingo was an interesting conversation with a travelling trio of an Englishman with his Italian wife and her cousin, who were on their way to Palenque by car. We had a wonderful chat at a café in the town centre. 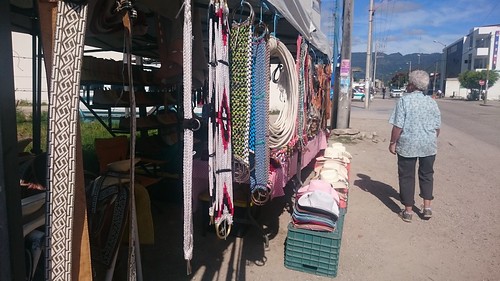 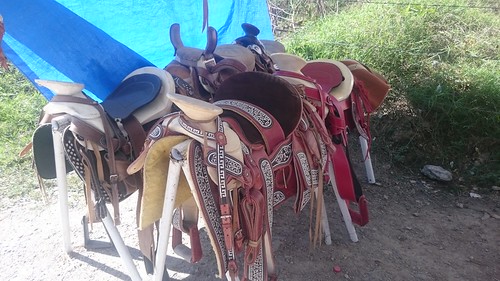 Yesterday we rode from Ocosingo to Comitan on a quiet road that took us to more open, higher country: ranching, corn and squash fields, surrounded by pine forest and logging. It felt as if the villages had hope and civic pride. Signs forbade littering, and even exhorted citizens to collect their dog excrement. It was was 105 km ride, with quite a few climbs.

Here in Comitan, we have found ourselves a quiet hotel with a shady courtyard. To get here last night, we pushed bikes up near vertical streets, our bike shoes slipping on the ridged surface. We are both taking antibiotics to deal with what we think is a bacterial form of Montezuma’s revenge that keeps following us. A second day off may be in store before we cross into Guatemala.

A few statistics might help you understand the difficulty of that first day’s ride out of Palenque. Palenque had daytime highs in the thirties we need to climb to get out of that heat. First we climbed up, then almost completely back down before resuming the upward ride in the afternoon sun, while being pestered by a tense local environment. Google tells me we climbed about 1600m and the average road gradient was 1:28 (for comparison Cypress Bowl road is 1:16) so we had a lot of sitting in our lowest gears and grinding up at 5km/h. Our average speed was 10.8 km/h, we were in our saddles for over 7 hours. It was a grind, especially in the hotter afternoon and early evening. The good news is we are now out of the heat. Yesterday’s maximum on my handlebars was 23.6C, in the Yucatan the maximum was always over 35C.
C 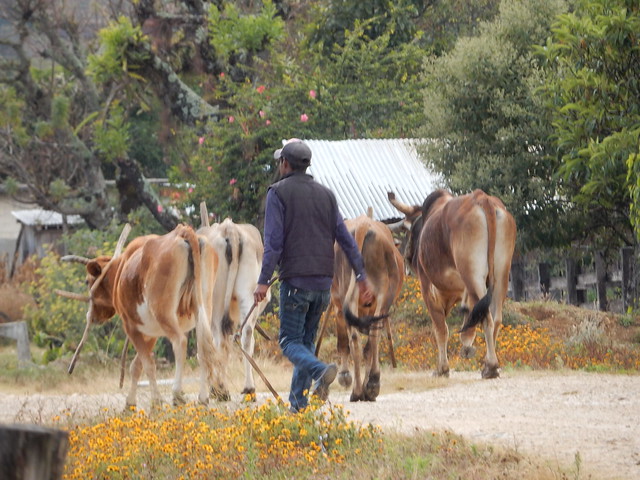 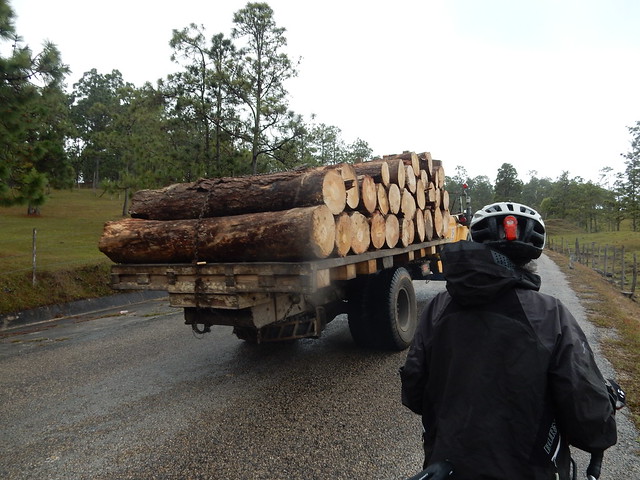 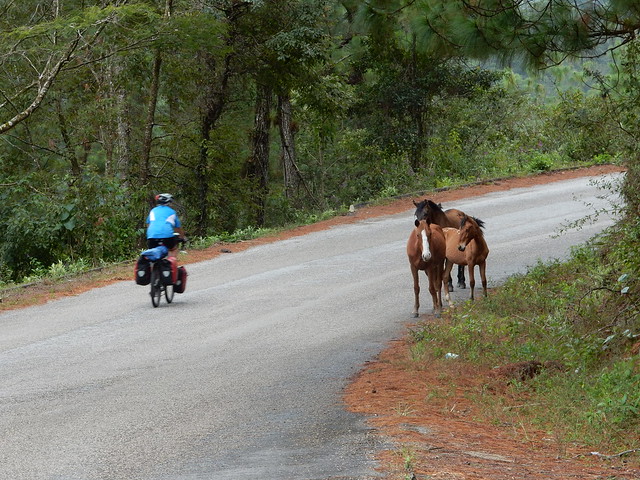