We’re still easing into this trip. As well as physiological acclimatization to heat and humidity, there is sensory and emotional adjustment to sights, smells, and sounds of a country at a different stage of development than our own. Beggars in Merida have limb deformities or skin conditions, whereas street people in wealthy Vancouver are “only” mentally ill. In Mexico there is virtually no social security. In Canada there is not enough support for the mentally ill. We try to understand the context rather than judge. 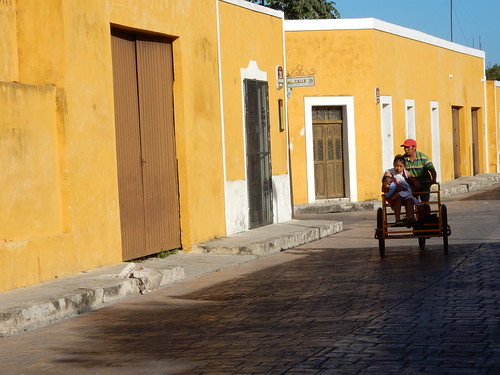 We had two quiet days in Izamal, with much of Christmas Day spent horizontal as I iced my sprained ankle. Izamal is on its way to UNESCO designation. In addition to churches and a large convent, there are several Mayan sites that are only partially excavated and among which we wandered like Indiana Jones ….only Indie watched his step. 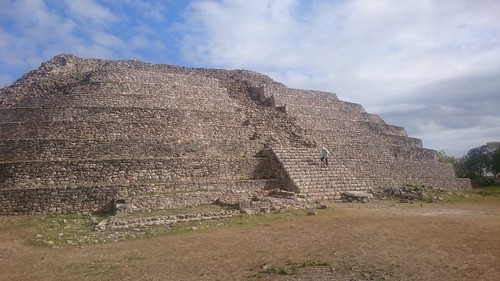 Impressive pyramid perhaps, but from an engineering point of view the less photogenic raised base which covers over 2 acres (8,000 m²) of ground and has a volume of some 700,000 cubic meters is more impressive.

On Tuesday we rode to Telchac Puerto on the north coast of the peninsula. Roads were still flat, but surrounding land was used for ranching or for growing sisal. (Agave sisalana or hennequen Agave fourcroydes) Sisal has been cultivated here as a source of fibre since Aztec and early Mayan times, and is still economically important. We passed a fibradora or factory where the plants are processed.

In Telchac Peurto we were greeted warmly by Marilyn, to whom we had been introduced by her son in Vancouver. She and her partner used to run a bed and breakfast, but are winding it down. First we joined Marilyn for a hugely appreciated dip in her pool. Later in the afternoon and evening she shared perspectives on life in both Belize and in the Yucatan. She is an Ottawa teacher who, since “retiring” has run a restaurant in Belize as well as tourist accommodation here in Mexico.

During the night in her cosy guesthouse, I heard what I thought was a tapping on the window pane. I was convinced someone was rapping on glass with a fingernail. Puzzled, I got up and went to the door. The noise stopped so I went back to bed, but then it began again. So it went on till I eventually stopped worrying about what it was, but next morning I described the sound to Marilyn who solved the mystery. It’s the noise that geckos make as they call to each other at night. 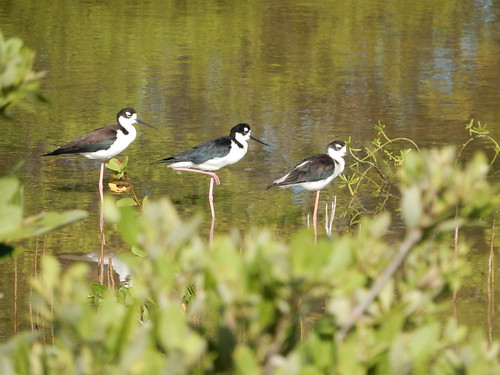 From Marilyn’s we rode westward to Progreso alongside mangrove lagoons where we saw flamingoes, pelicans, ibises, herons, egrets, and more. Turning south from Progreso, we bit the bullet along the highway for a hot ride to Merida. We turned off Merida’s Paseo de Montejo – which was inspired by the Champs Élysée – and turned off to the area where bike shops are clustered. This was our longest day yet in this heat. 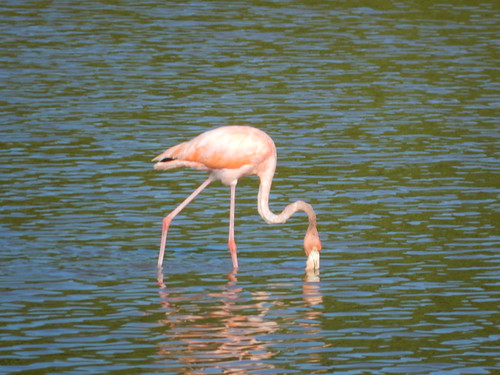 No prizes for identification

After a few referrals, we found good quality new SRAM chains, having been last minute goofs to leave Vancouver without putting on the new ones we had on hand. Having found a shop with a trustworthy vibe reminiscent of our bike shop in Vancouver, we let Eduardo make minor spoke tension adjustments to my bike’s rear wheel. I suspect I hit some vicious Mexican speed bumps too hard before I learned you need to almost stop to cross them safely. 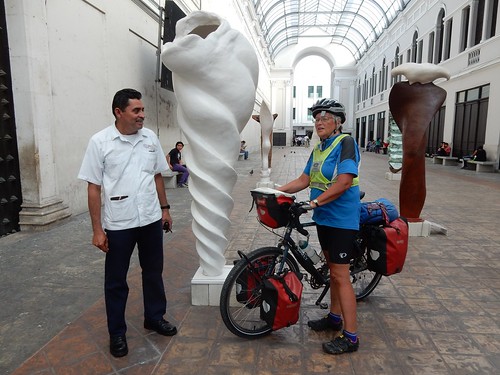 Here in Merida we are in very modest digs, which was all that was available when we booked. The night we arrived there was a presentation in the central square with an actor playing the part of the Conquistador Francisco de Montejo from the balcony of his historic home, and a Mayan chief responding to him from the street below. Their dialogue described historic struggles, with Francisco lisping in Castilian (European) Spanish. An English translation of the dialogue was projected on the wall just beside Casa de Montejo.

Yesterday we mailed a parcel homeward, having realized we had overpacked for cold weather. We took a city bus tour in the afternoon, visiting different quarters and monuments. Today we did errands. I bought a new water bottle, insulated being the only kind available here. We were happy to find laundry soap in bar format. Who wants to carry a huge bag of detergent? 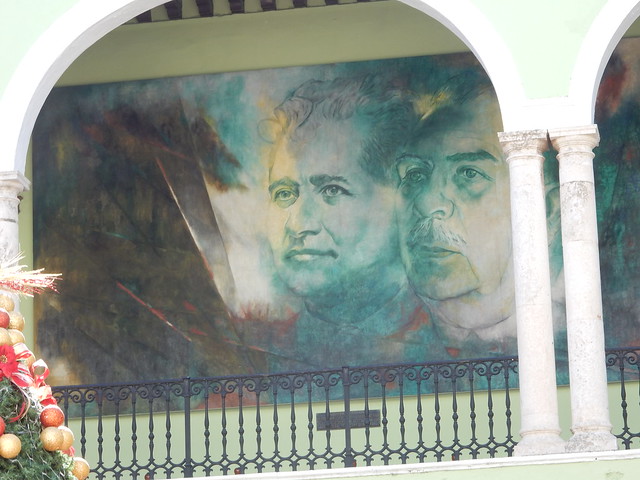 Yes, we are starting to get into the groove. Tomorrow we’ll set out toward Campeche, which will likely be a two day ride.

4 responses to “Izamal to Merida”