2015/09/19-24: Port Hardy to Vancouver, 420 km and four ferries
The time on the boat went quickly in the company of a like-minded cycle-touring couple we’d met  some time before. By coincidence, they were on the same twenty-two hour ferry journey, with their bikes on the back of their car. Now retired, they’d sold their home and one purpose of their current journey was to explore smaller BC communities in which they might settle.  As we prepared to disembark we also met a former co-worker of Chris’s who has been on a kayak trip with launch and pullout at Klemtu, a mid-coast community accessible only by water. A highlight of their trip had been to see a blonde Kermode bear. 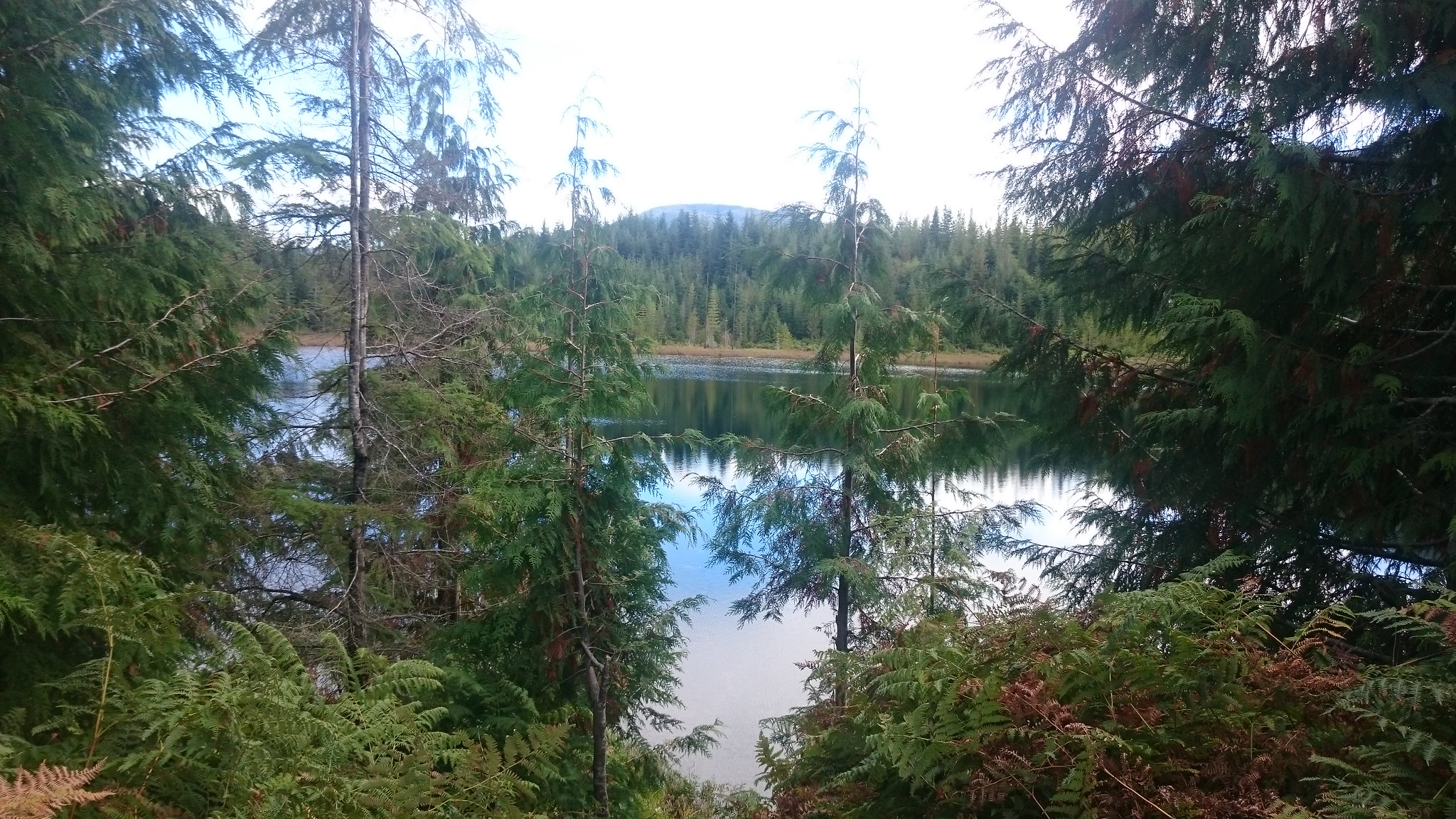 Disembarking in foul weather, we bit the bullet and rode forty odd kilometres to Port McNeill rather than the shorter hop to Port Hardy.  In Port McNeill, the torrent in the gutter formed standing waves as it rushed downhill. We stood in a motel lobby so drenched  that the woman at the desk had to get out the mop and bucket  after we’d checked in. Our room soon became a steam bath from sodden garments hung to dry, so we opened windows a crack to allow some of the steam to escape. Next day, we rode to Woss, the skeleton of a logging town, and fell into bed at the Rugged Mountain Motel. Luckily there was no one patronizing the Lucky Logger Karaoke Bar on a Sunday night, and the neon lights soon stopped flashing. 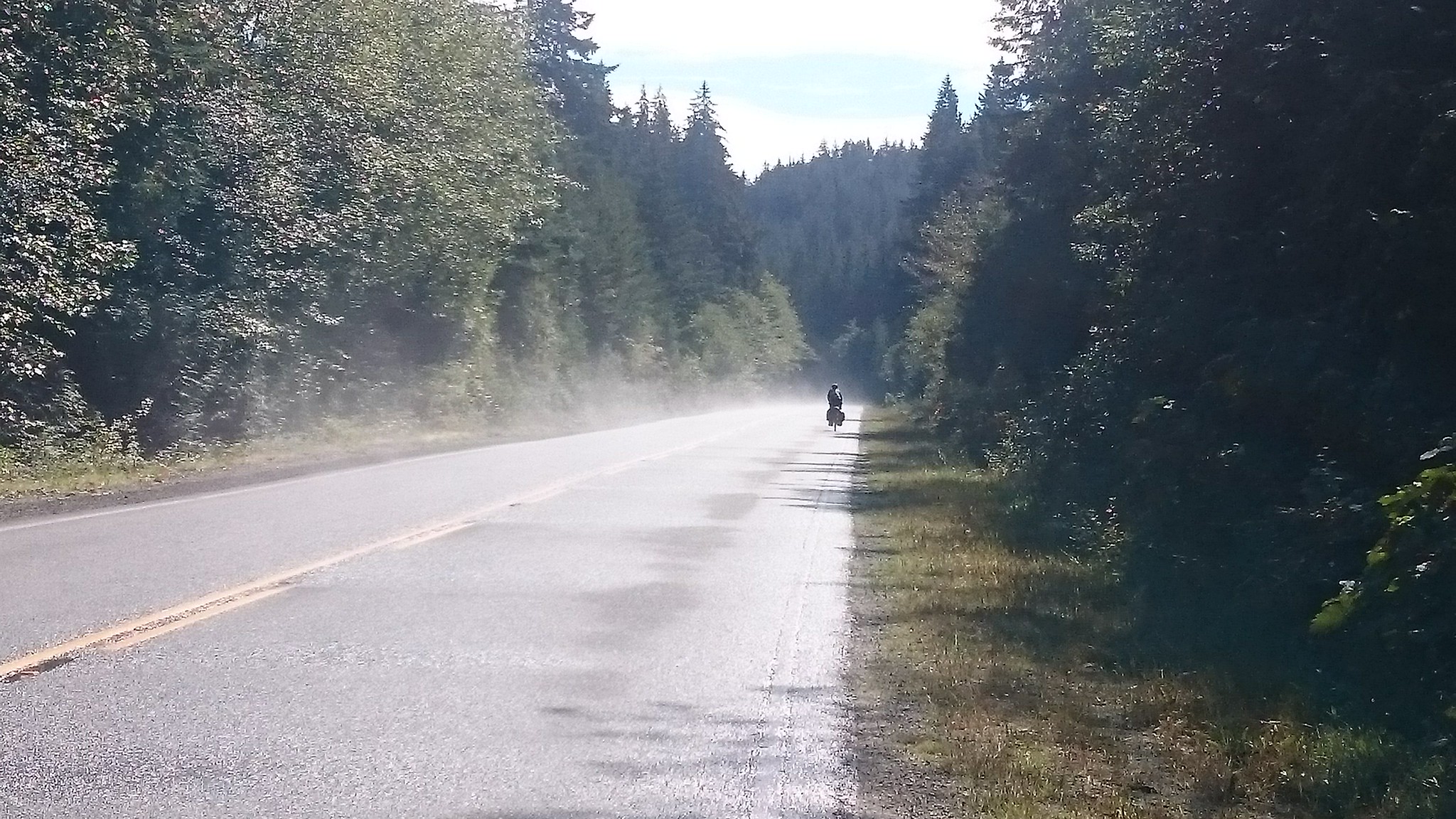 We’d had long stretches of boreal forest earlier on this ride, but now that we’d moved south I noticed the change to more familiar coastal vegetation. The forest was heavy with western red cedar, and dense thickets of salal lined the roadsides. Logging trucks loaded with the trunks of shaggy cedar passed us. 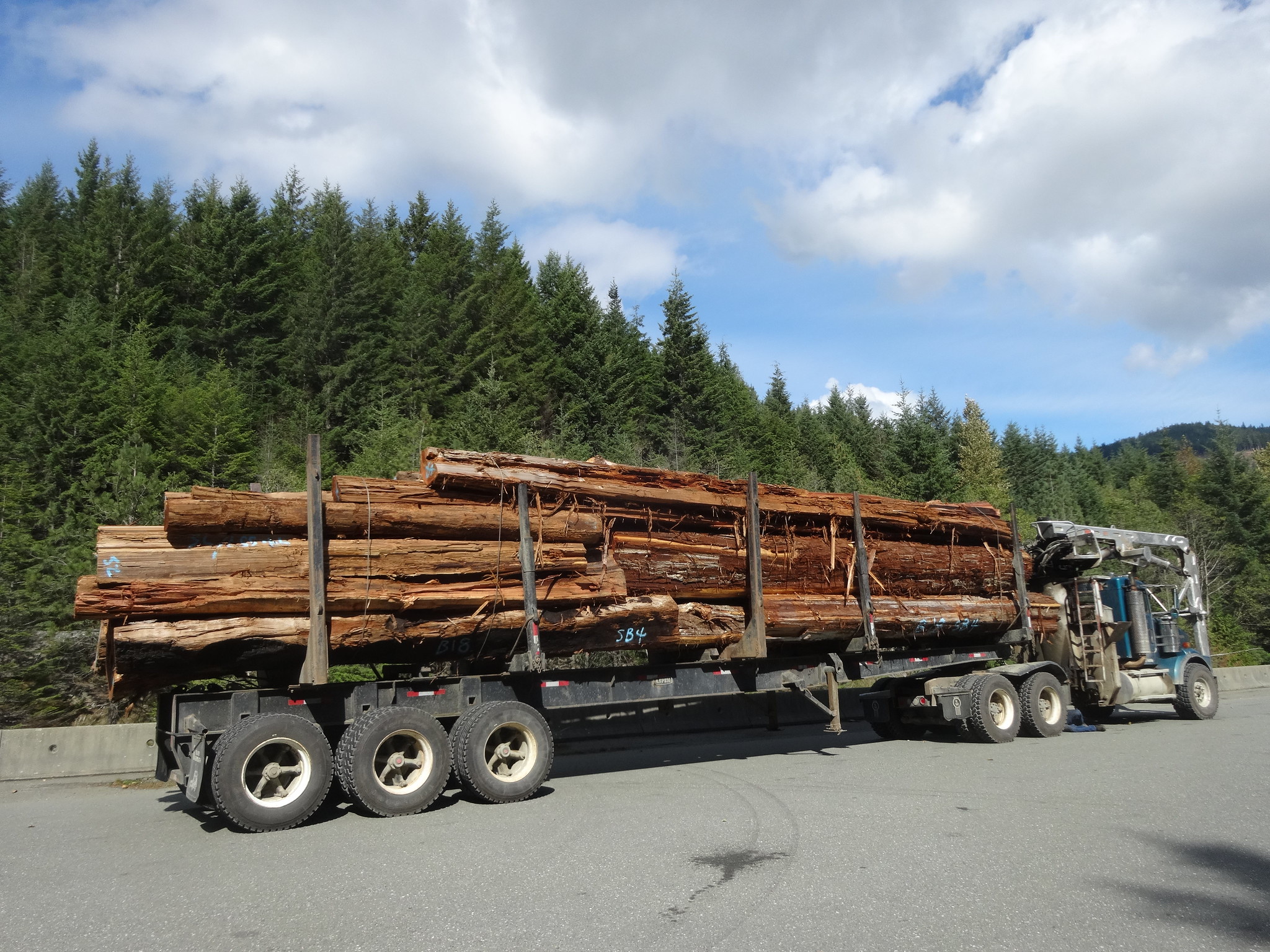 Partly because we were keen to get home, and partly to avoid being overtaken by a group of supported Cops for Cancer cyclists, we rode a longish 130 kilometres to Campbell River.  We contemplated camping just north of town, but every side road seemed to be a gated industrial fortress. The first accommodation we saw was about a half star establishment with a sign that said “No Peddlers.” When I asked the woman at the desk if she accepted our kind, she chuckled and grinned. We don’t mind modest digs if the human face of the establishment is friendly. 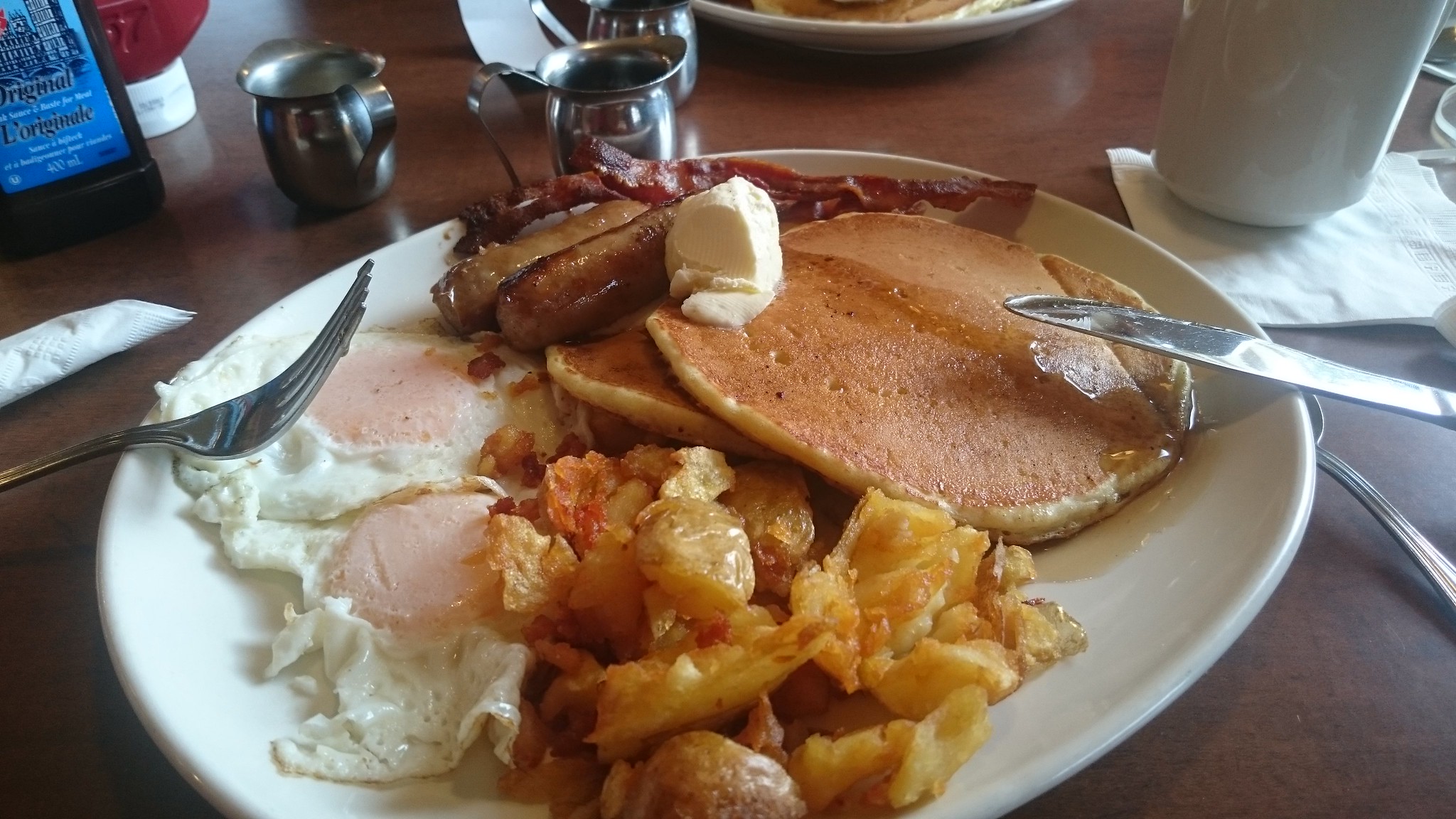 We rode into town for the large breakfast we felt we deserved after the previous day’s ride, then worked our way south on the old highway. A pair of cyclists waved at us, and later we chatted at a beachside rest area. It  turned out they were a Burnaby couple who’d been to our presentation at a bike shop about our 2009 ride . We stopped at the Merville general store for coffee, and rode on to the ferry terminal, arriving just as the ship sounded its whistle and set sail for Powell River without us.  We’d  just missed the mid-afternoon sailing, which meant a few hours rest in the company of some chocolate and some Sudoku puzzles was enforced. We got off the evening ferry to Powell River in the dark, and pushed our bikes in uphill to a hotel. 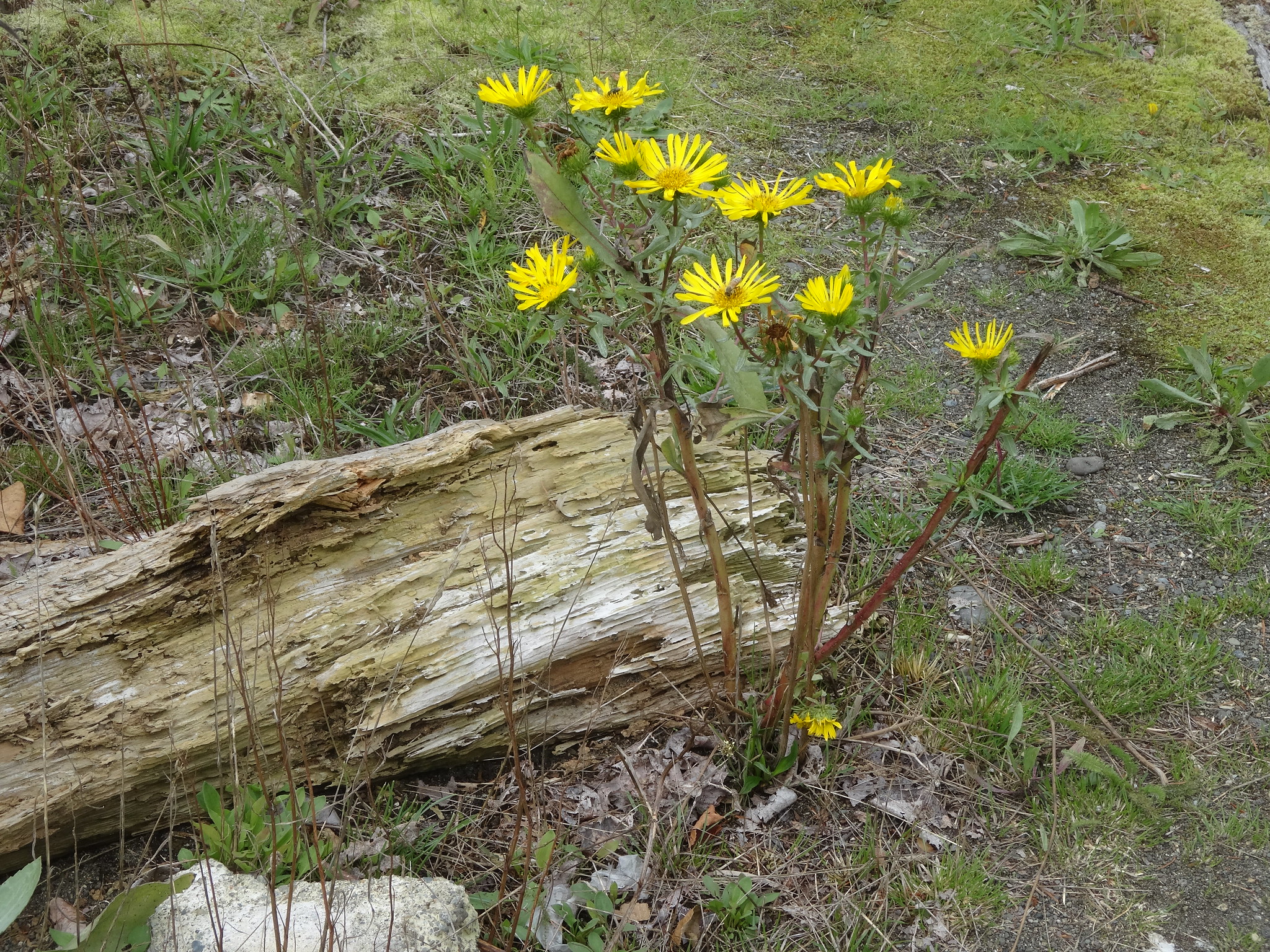 Heading south in a headwind and rain, we crossed Jervis Inlet by ferry from Saltery Bay, and kept on down the Sechelt Peninsula to Sechelt. Our off-highway route took us on some steep climbs and descents, and then on a mountain bike trail for the last stretch to Sechelt, arriving in town  just as another downpour began.  Looking at the forecast, we rose early on our final day, and made the ferry to Horsehoe Bay in good time. I hit an exhilarating speed down the final hill as a large transport truck waited sensibly behind me; I thanked the driver in the ferry lineup.

Disembarking in Horsehoe Bay, we boarded a bus for home. All Vancouver buses are now equipped with racks that carry two bikes. Yes, we could have ridden, but it’s a stretch we’ve done many times, we were weary, and the heavens were threatening to open yet again.  We didn’t need to ride in more rain.