South on the Stewart Cassiar

2015/09/6-9: Nugget City to Dease Lake 250 km
Turning south into the Stewart Cassiar Highway (number 37) was a welcome change of scene. The Alaska Highway is a major transportation route to and from Alaska, much of the traffic was large trucks, and huge RVs as US snowbirds migrated back to the Lower 48. It did have wide paved shoulders, but once on the Stewart Cassiar we could ride side by side, and vehicles passed only occasionally. This road dips and winds which adds interest and aesthetics. 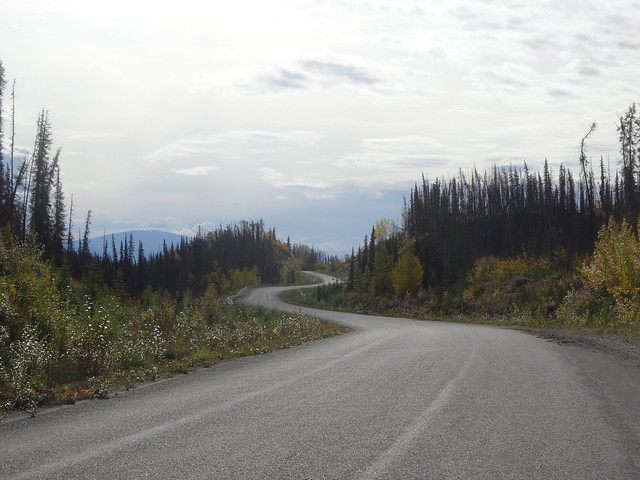 We reached Boya Lake Provincial Park, where kindly attendants let us use the picnic shelter and convenient bear cache. The clear turquoise lake was busy with minnows, and there were canoes for use by campers. 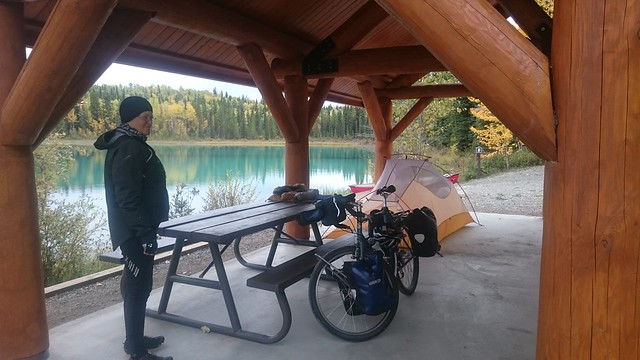 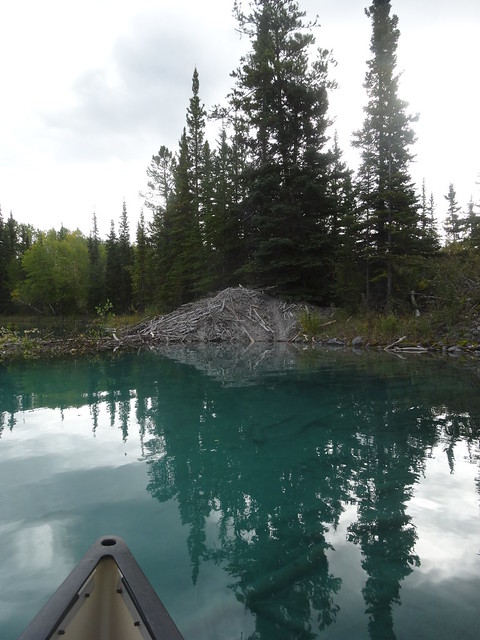 After chatting in the morning with Swiss retirees and rowdy Swiss youths headed for Ushuaia, we made use of these to find beaver lodges among islands, and set off by bike only after lunch. We camped at Cottonwood Creek rest area, hanging our food bag on a hook inside the inside of the outhouse door. In the morning, we were greeted by the appearance of a large black (Arctic?) fox on the road, and soon a rented camper van stopped and we chatted at length to Verena and Franz, one of the Swiss couples from Boya Lake. We reached Dease Lake and checked into a hotel after supper at a cafe. We had tired legs and sore bums, but Chris’s Achilles’ tendons were in good form thanks to having adjusted the position of his cleats. 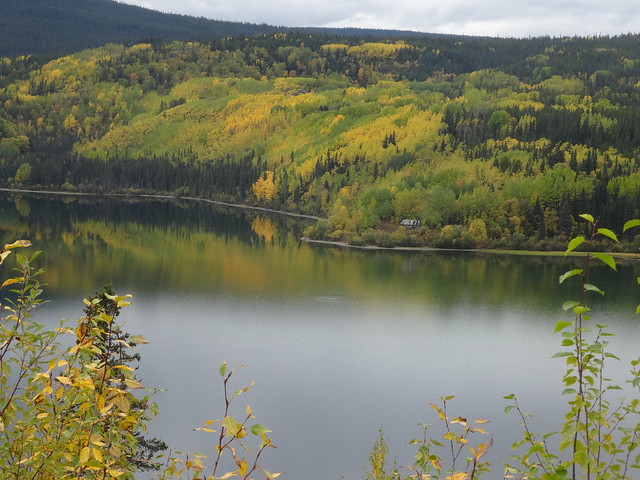 Our rest day in Dease Lake involved sleeping, communication, and careful grocery shopping for the coming stretch. Dease Lake’s cafe and two hotels were abuzz with work boots and safety vests, as men came and went from exploration crews and camp building projects.